The Burges and Hales Street

The Burges is a medieval street which once ran north from Coventry’s marketplace and Hales Street was created in 1848. This historic area has been restored as the national demonstrator project for Historic England’s High Street Heritage Action Zone programme. 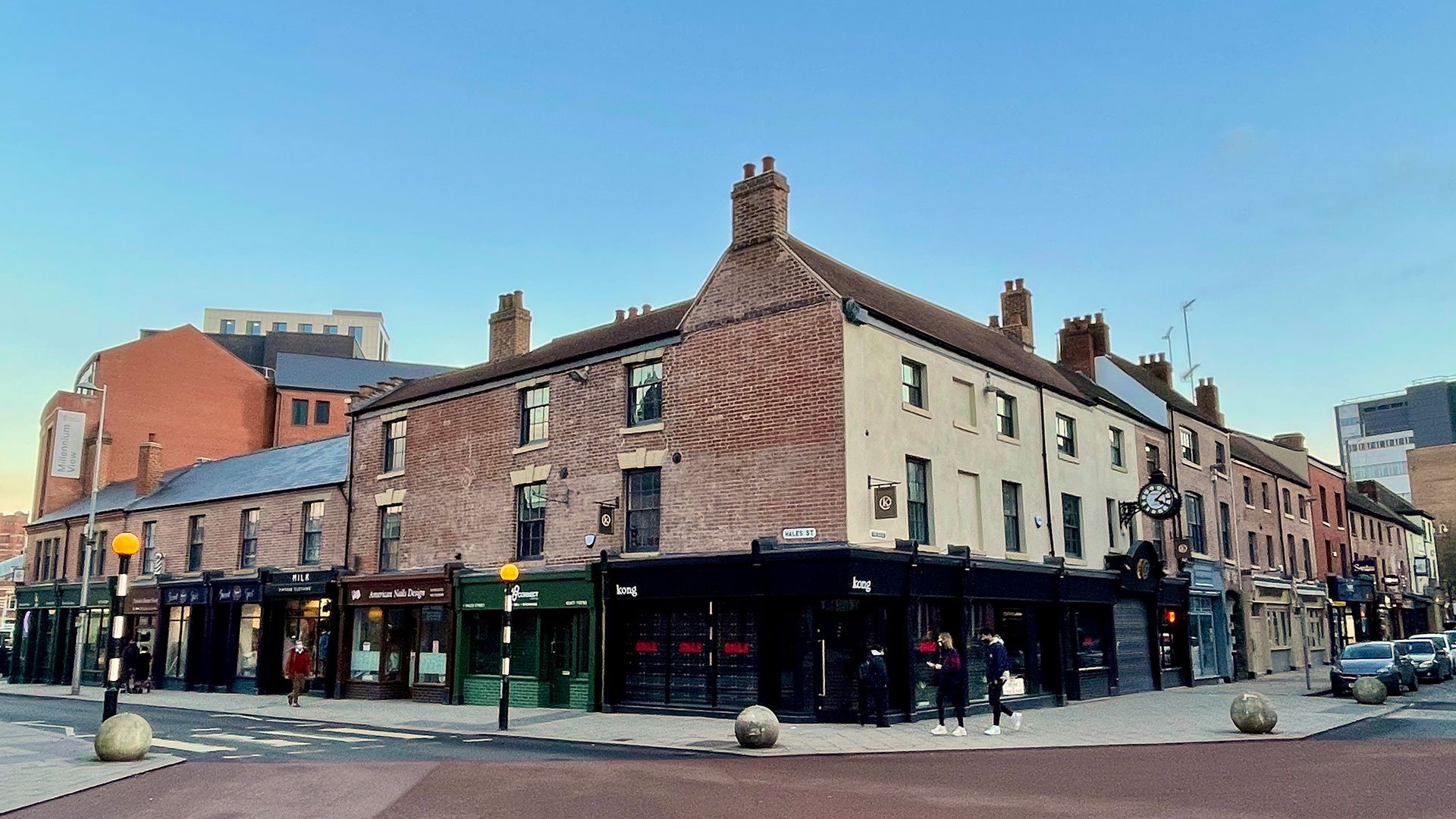 The Burges is one of the few traditional historic high street areas surviving in Coventry.

The name “The Burges” probably derives from “Between the Bridges”, first documented in 1223, and the two bridges were located at either end of the street; crossing the Radford Brook to the north, and the River Sherbourne to the south. The area was known as St John’s Bridge from the early 1300s and from the 1860s as The Burges.

Historic maps show the buildings laid out in characteristic medieval ‘burgage plots’; with shops and houses fronting onto the marketplace and narrow strips of land behind containing outbuildings and gardens. Palmer Lane is documented as early as 1225 and was where pilgrims lodged when visiting St Mary’s Priory. “Palmer” comes from the palms, Christian symbols that pilgrims used to carry. Today it contains the only visible stretch of the now culverted River Sherbourne.

The medieval streetscape of Coventry remained largely unchanged for centuries as the long medieval burgage plots were gradually filled in with smaller court dwellings. In 1794 The Burges was widened; the shop fronts on the eastern side of the street were rebuilt in brick, hiding the earlier buildings behind the new façades. The library wing of the Old Grammar School was demolished around 1800 and its gardens were lost when Hales Street was built in 1848.

Road improvements for the congested city in the early 1930s saw the demolition of the western side of The Burges, as well as the medieval timber framed buildings along Butcher Row, for the construction of Trinity Street. During the Second World War (1939–45) air raids damaged several buildings.

Many of the buildings are locally listed and they all sit within Lady Herbert’s Garden and The Burges Conservation Area. By 2019 many of the buildings were in poor condition, with modern shopfronts, replacement windows and external security shuttersIn May 2019, Historic England provided a grant of £2million to support regeneration of the area, building on an existing grant with funding from Coventry City Council. This project was the national demonstrator for Historic England’s £93million High Street Heritage Action Zone programme.

Working closely with the Coventry BID and local owners and businesses, the Trust developed designs for repair and restoration of the buildings and started work on site in February 2020. A year later and the street has been transformed, with new roofs, restored sash windows, repaired historic shopfronts and new shopfronts using traditional designs and materials. At least seven of the businesses have invested in major internal refurbishment to complement the scheme.