Thanks to a National Lottery Heritage Fund grant of £4.3 million, Charterhouse is being restored, including conservation of its unique medieval and Elizabethan wallpaintings, and will soon be opening as a new visitor attraction. 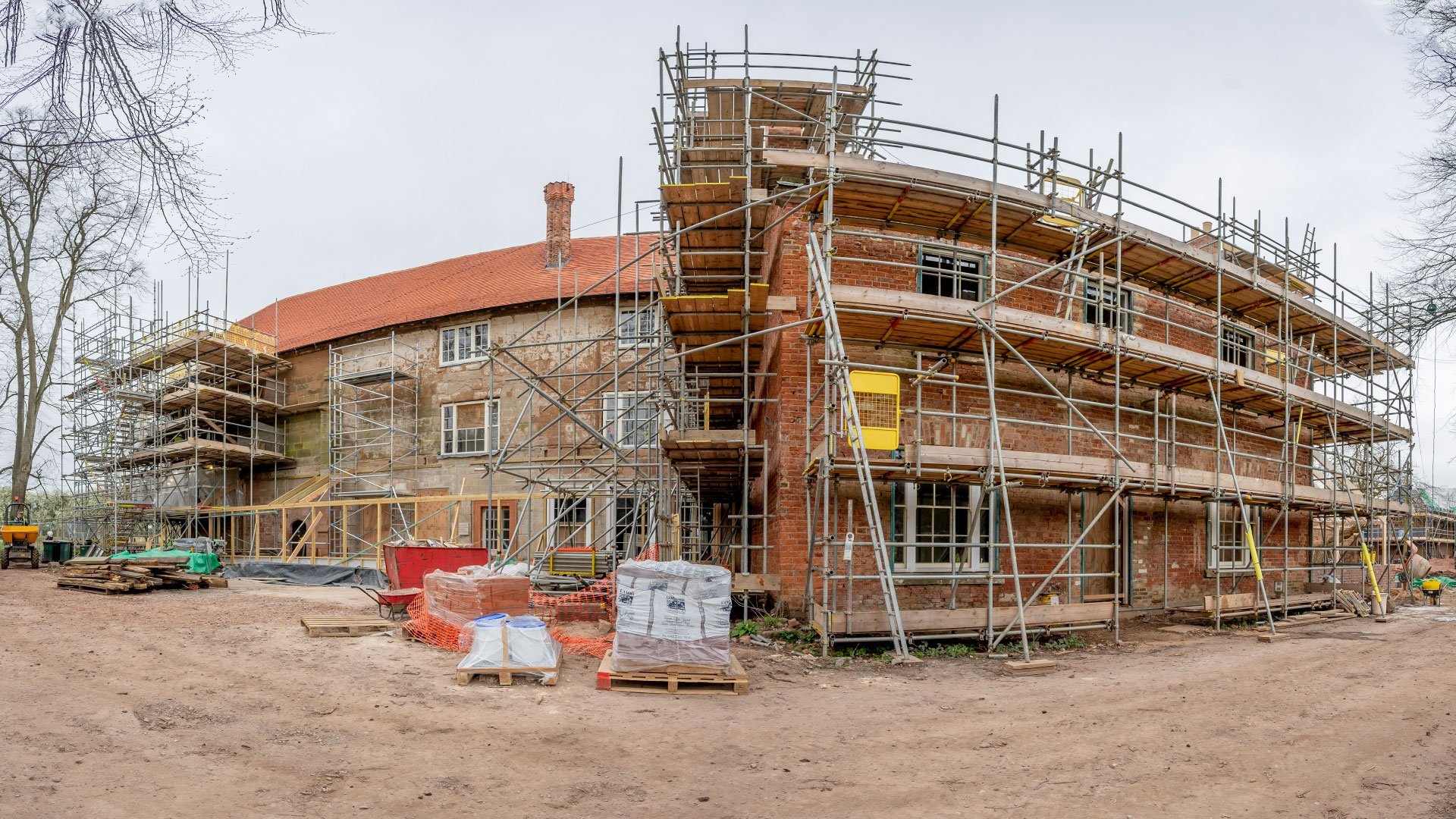 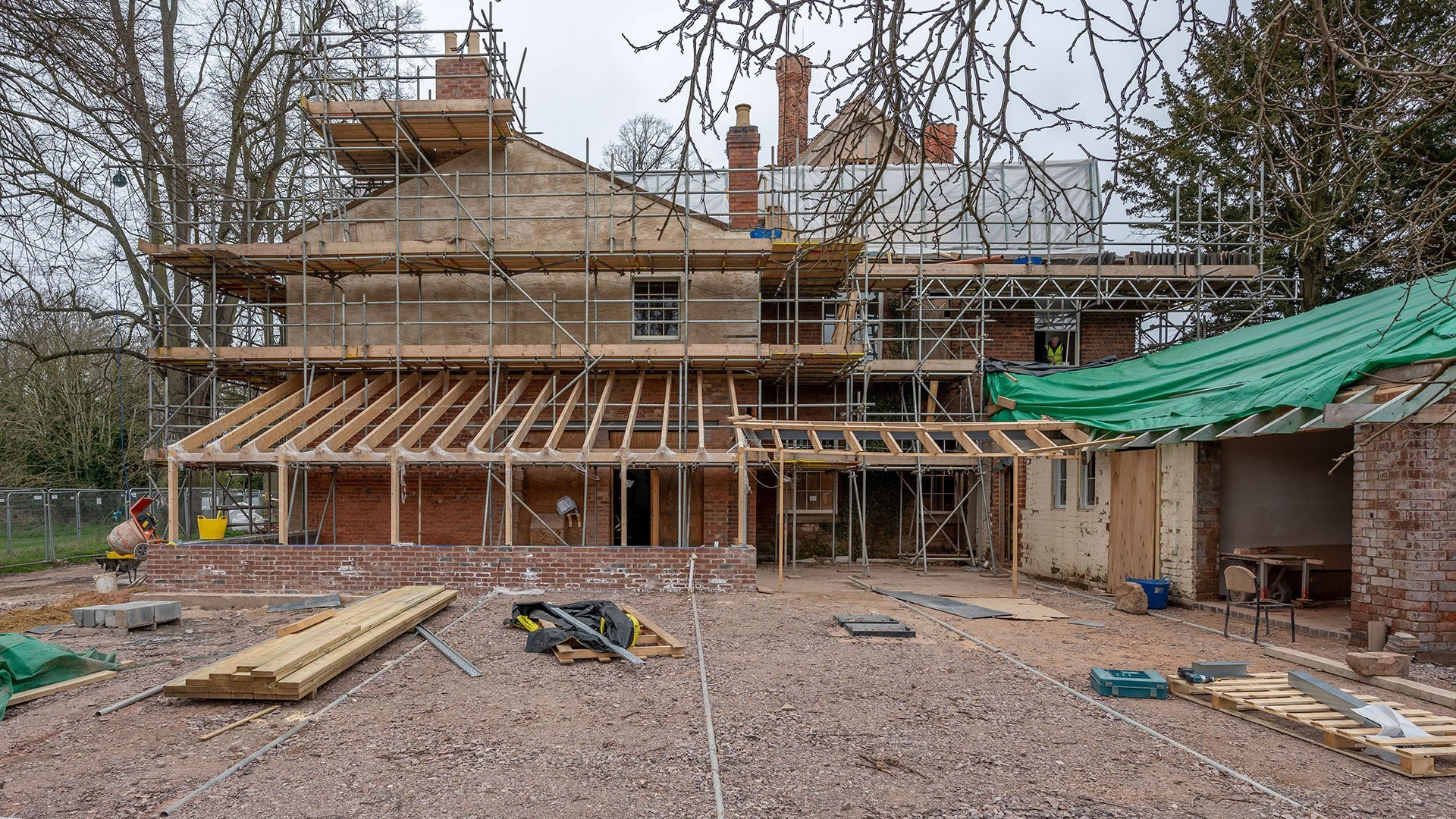 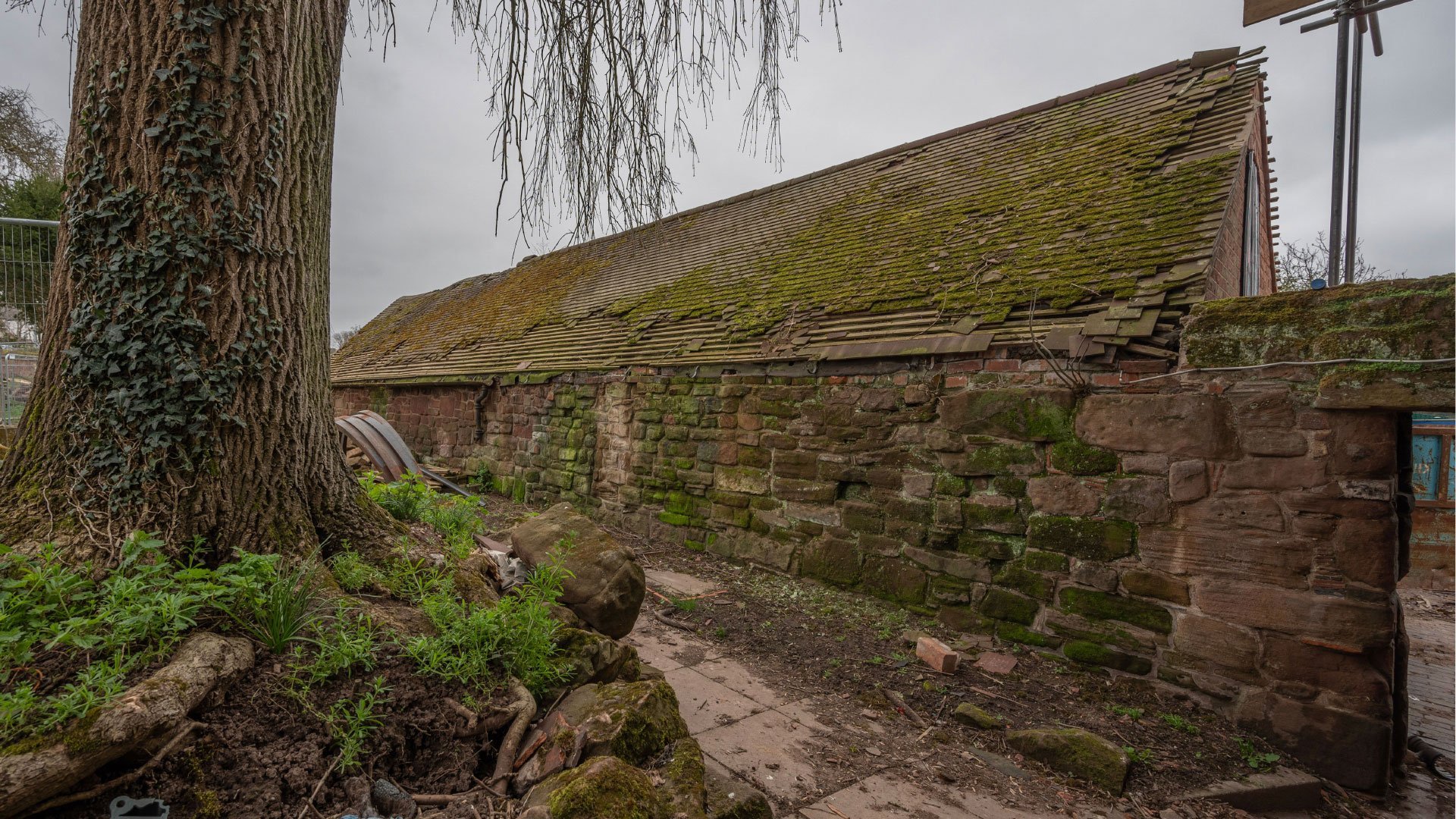 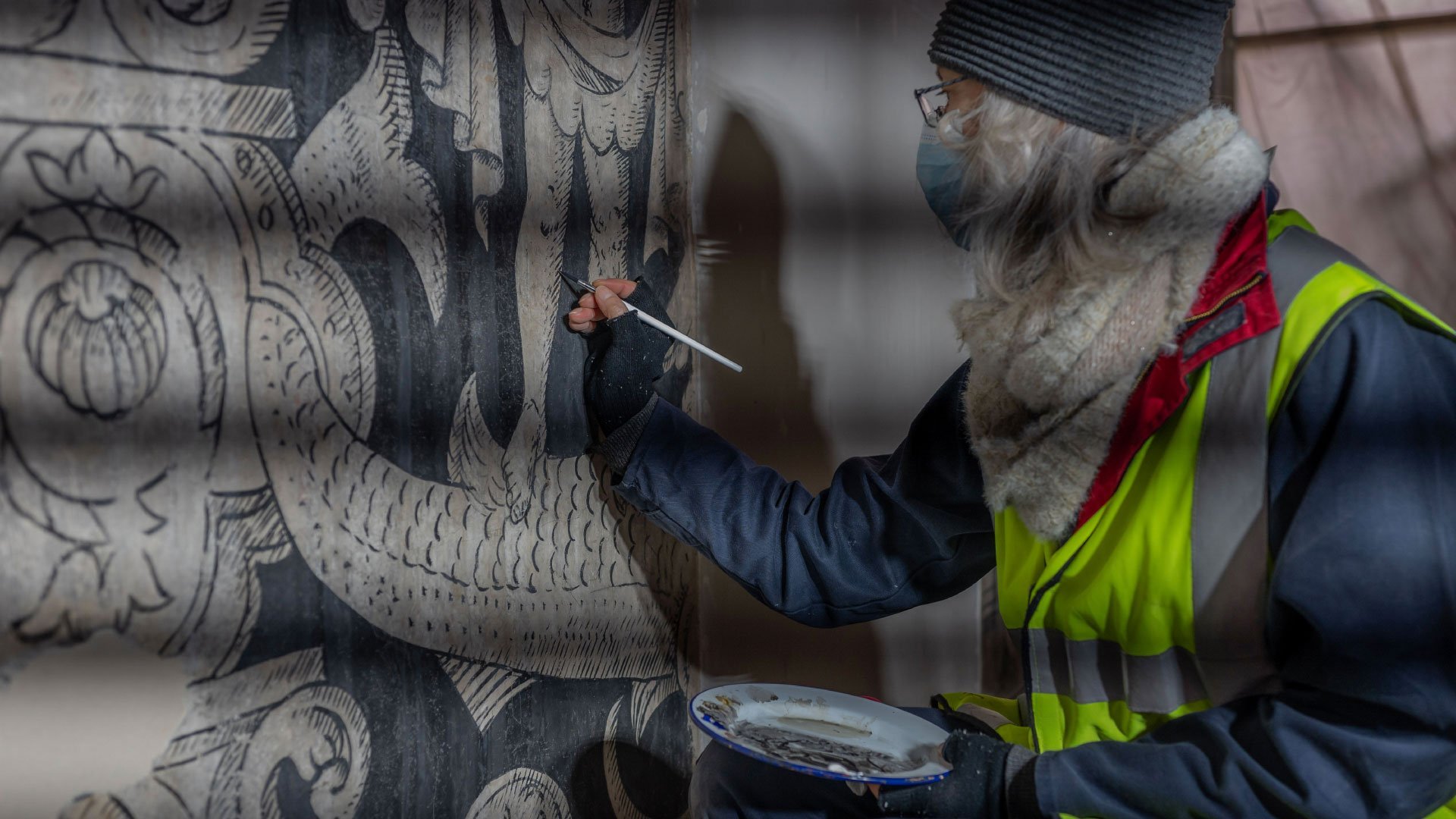 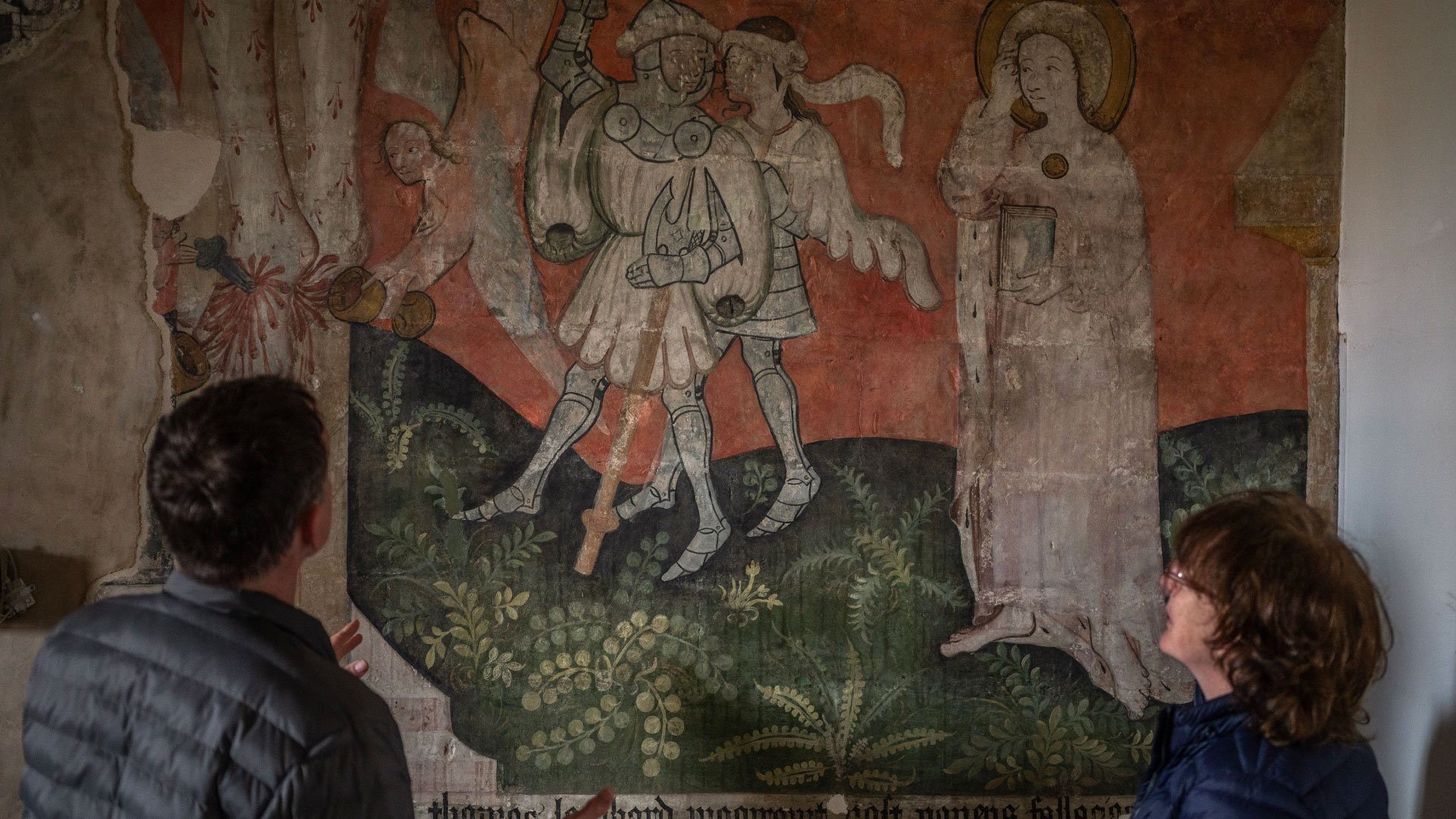 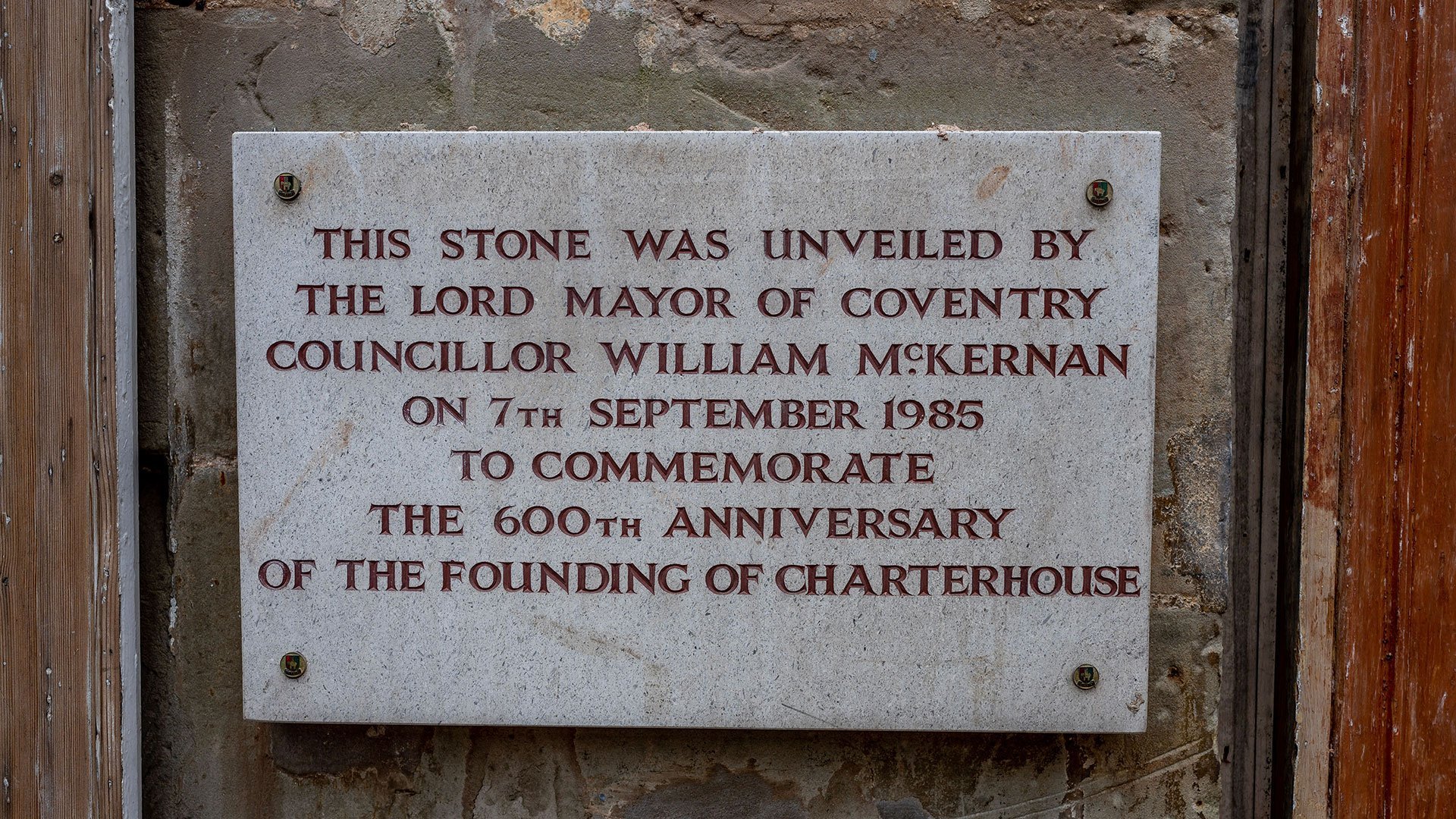 Coventry’s Charterhouse, one of only nine Carthusian monasteries in the country, was founded in 1381. After the Dissolution, the site was converted to a private house and it was gifted to the people of Coventry by Col Wyley, the last private owner.

Carthusian monasteries are distinctive because the monks lived in individual ‘cells’ comprising a two-storey house set in a walled garden, all laid out round a cloister. Remains of these, and of the church, have been discovered through archaeological excavation at Charterhouse. The precinct walls and the Priors’ House and refectory survive, together with an outstanding 14th-century wallpainting of the Crucifixion which originally decorated one wall of the double-height refectory. When Henry VIII ordered The Dissolution of Monasteries in 1539, the church and many of the other buildings were demolished, but the Prior’s House and precinct walls were preserved and became a private house.

Conversion to a private house included the insertion of new floors and walls and, in the 16th century, the introduction of further wallpaintings including a black and white scheme with mythical beasts and a ‘fictive’ painting which looks like a tapestry, with foliage and fruit. In the 1560’s Charterhouse was owned by Robert Dudley, Earl of Leicester who may have used it to house some of Elizabeth I’s retinue when she visited nearby Kenilworth Castle.

In the 18th century horticulturist John Whittingham and his family rented the building and created a substantial nursery within the walled gardens. The archives in Coventry hold his original journal and from this fascinating source we know he was very successful, selling highly prized and exotic citrus trees to Warwick Castle and other local country houses.

Col. William Wyley was the last owner of the house. He was an industrialist in the pharmaceuticals trade and an influential man in the city. Col. Wyley bequeathed the house to the people of the city in 1940.