New plans to open up the River Sherbourne at Palmer Lane

The plans, if approved, would see more of the river uncovered and a new public space created with steps down to the river, green landscaping, improvements to biodiversity from new planting, and installation of art and new lighting.

The Palmer Lane project is a partnership between Coventry City Council and Historic Coventry Trust and forms part of the wider High Street Heritage Action Zone. Funding of £2m from Historic England has already helped to regenerate the Burges and Hales Street and the proposals for Palmer Lane are the next step. 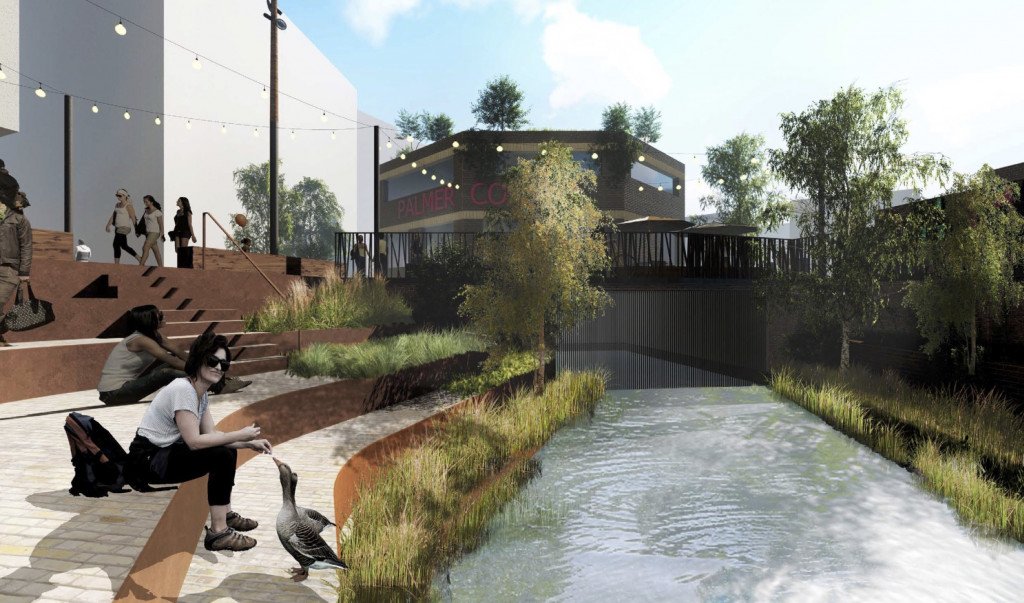 “This is a fantastic scheme which will give new life to an area of the city centre that really needs it. Local people have long hoped that we would be able to open up the river in the city centre and we’ve been working hard to make this happen.
“The plans to reveal more of the river whilst creating a unique public space that people want to visit will really make a difference to both residents and visitors to the city. We want to celebrate this historic part of the city while bringing something fresh and exciting.”

“The River Sherbourne has a special place in the hearts and imagination of Coventry people and this scheme is an opportunity to experience the river right in the heart of the city. Palmer Lane is a forgotten backland which we want to bring back to life.
“The proposals are part of a wider partnership with Coventry City Council and Historic England to regenerate this historic high street area”.

Palmer Lane’s history dates back as far as 1225 and is thought to be where pilgrims lodged when visiting St Mary’s Priory. The ‘Palmer’ name comes from the palms (Christian symbols) that pilgrims used to carry.

The concepts for the area have been developed by Civic Engineers and Barton Willmore, following pre-application discussions with the Environment Agency, Coventry BID, Warwickshire Wildlife Trust and many of the local businesses.

“We welcome plans to continue the transformation of this part of the city centre to support economic recovery. Bringing this riverside area back to life will make it an attractive place for locals and visitors.”