Despite being one of Coventry’s oldest and most significant heritage sites, the city gates have been hidden in plain sight for years. Swanswell and Cook Street Gates were once two of gatehouses that punctuated Coventry’s medieval city wall. Completed around 1385, Cook Street Gate was one of the earlier gates to be built. Swanswell Gate was completed in 1440 and was first known as Priory Gate, as it originally used to serve as the entrance to the prior’s land. The city walls were torn down in 1662 after the civil war, however the twelve gatehouses were left intact and most were converted to private residences. Unfortunately, due to the city’s expansion over the following centuries ten of the gatehouses were gradually demolished.

Today only Swanswell and Cook Street Gates remain, standing in the city centre as a monument to Coventry’s medieval heritage. Historic Coventry Trust are currently undergoing construction work to restore the gates and bring the historic buildings back into the centre of cultural life in Coventry. Both buildings are being converted into bespoke visitor accommodation, opening in spring 2021. The gates have served a variety of purposes over the years, including as private homes, a shop, an artist’s studio and a hub for the west midlands police, but have been empty and unused in recent years. Historic Coventry Trust are proud to be opening the gates once more and guiding them into their next chapter, ensuring their preservation for future generations.

We are currently offering the exciting opportunity to see inside both Cook Street and Swanswell Gates at a pivotal time in their long history. Join us online on Thursday 10th December at 5pm for a digital hard hat tour of the city gates, to see how the project is progressing and hear from members of the construction team. Cook Street Gate has been inaccessible to anyone for over 60 years, as there are currently no stairs to access the only entrance to the building. This tour is a unique chance to be one of the first in decades to see inside the previously hidden gatehouse. The tour will also be detailing the restoration works that are now underway at Swanswell Gate, as well as revealing the details of recent archaeological findings on site. There will also be a live Q&A session after the digital tour.

The live event has been-and-gone, but if you missed it, here’s the video we showed: 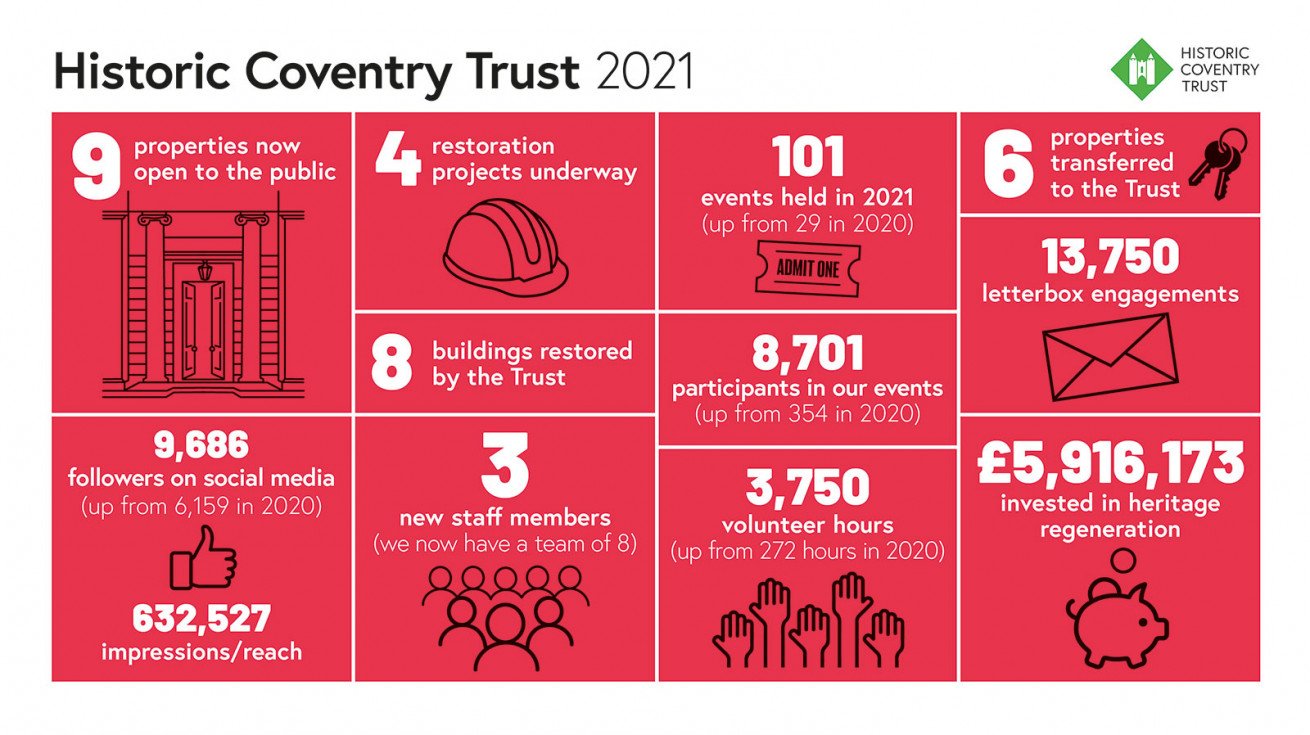