Coventry’s young musicians will soon be hitting the right notes in their inspirational new home after a multi-million-pound makeover.

Newly restored Drapers’ Hall is now the new headquarters of Coventry Music, who provide music education to children and young people across the city, regardless of economic circumstance.

Coventry Music has not previously had a regular venue to teach students or hold performances. However, following the completion of a 10-year lease from Historic Coventry Trust, Drapers’ Hall will provide a permanent teaching base in the city centre as well as an outstanding venue for performances by the students. 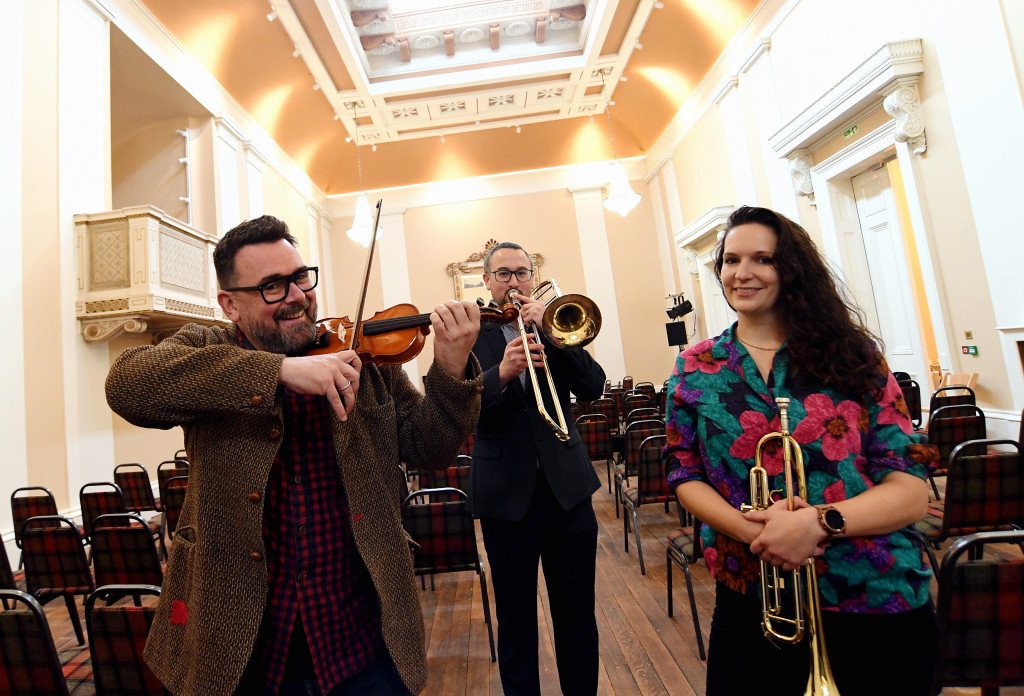 Built in 1832, the Grade II listed former guildhall of Coventry’s Drapers Guild on Bayley Lane opened to the public as a music venue in November this year. The stunning Regency building has been brought back into the cultural life of the city, being used for public events and private hires following a £5 million restoration project led by Historic Coventry Trust in partnership with Coventry City Council.

Coventry Music teaches about 3,000 students each week and supports the city’s schools with music provision, including free vocal programmes accessible for all young people in the city.

Dr Geoff Willcocks, Vice Chair of Historic Coventry Trust and Chair of Coventry Music Education Hub, has said that Coventry Music strives to support schools, raise standards and provide an inclusive, diverse, rich and balanced programme along with opportunities for training and development.

“It has long been our belief that creating a centre for music education within the city would be of huge benefit to the musical progression of its children and young people. Moving Coventry Music into Drapers’ Hall has allowed us to realise this ambition and provide the young musicians of Coventry with a central base and a truly inspirational space for learning. Our partnership with Coventry Music, which is a part of Coventry City Council, has been vital in making this happen.”

Mark Steele, Coventry Music Lead, has said it ensures spaces for high-quality teaching and learning across a wide variety of diverse styles and genres and the ability to work alongside professional artists from many cultural backgrounds to provide a number of high-profile performance opportunities to showcase the talent, progression and achievements of children and young people from Coventry.

“Moving into Drapers’ Hall is really exciting and it is going to be great for children and young people to be rehearing in such a phenomenal space and sharing it with professional musicians. We teach traditional instruments such as violins and cellos and also contemporary music ranging from electronic music and beat making, where young people are using their lap-tops as an instrument, which became really popular during the pandemic, and much more.”

The £5 million restoration project has been supported by The Prince’s Foundation as one of seven projects for the Prince of Wales’s 70th birthday. Funding has also been provided by the Council through its Cultural Capital programme for UK City of Culture with substantial support and funding from Arts Council England and Coventry and Warwickshire Local Enterprise Partnership via the Government’s Local Growth Fund and the Getting Building Fund.