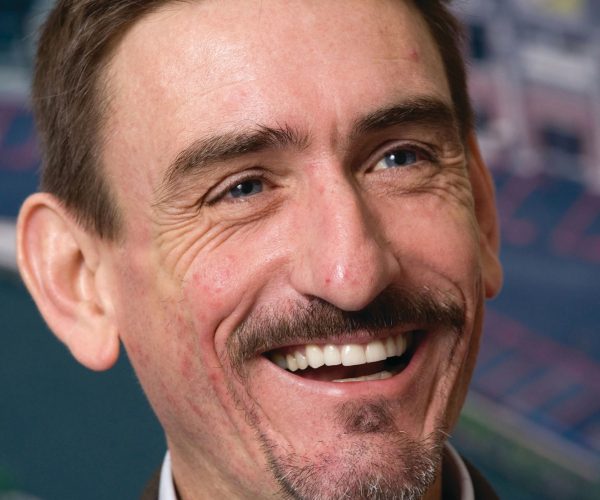 Ian Harrabin has over 30 years’ experience in major regeneration projects working in partnership with local and central Government and the Community.He has delivered a large number of projects of varied use type with an emphasis on high quality design of new buildings and restoration of the historic environment achieving many awards.

Based in London, Ian has worked in most parts of the UK but has recently concentrated on projects in the Midlands and in particular Coventry, his city of birth. His company, CDP, was the development partner to Coventry council in delivering the city’s £60m Millennium project, The Phoenix Initiative. The project was shortlisted for The Sterling Prize in 2004 and included 85 flats and two levels of restaurant units, which are still owned by the company. CDP then converted redundant power station buildings to the north of the city centre into114 office and residential units. This £18m project, now known as Electric Wharf, won an award for Outstanding Place of the Decade in West Midlands in 2010. Currently an ambitious long term partnership project to regenerate the historic Far Gosford St area as the city’s creative quarter is nearing completion. The project is next door to Coventry University and the core economic driver is FarGo Village which is retained and actively managed by the company.

New projects in Coventry include the planned regeneration of The Burges area of the city centre. The first phase is the development of a £25m new build 391 bed student and retail development which has secured planning consent and is due to start in April 2016. A further site for student accommodation is being acquired for a 300 bed scheme. Also plans for a 100,000 sq ft eco-office development and river walk were launched at MIPIM 2016 and are being worked up with partners to start in 2017.

Ian works closely with Coventry council on the regeneration of the city and is Chairman of Historic Coventry Trust, a charity set up to own and restore the city’s heritage buildings. The trust has in excess of £20m of projects in progress. Ian is also a member of the steering group for Coventry’s bid to be City of Culture in 2021.